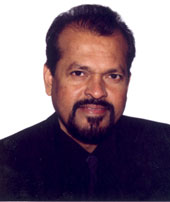 Dr. Singh has held several other distinguished posts and responsibilities. From 2006 to 2008, he served as the Executive Director of the Commission on Legal Empowerment of the Poor, co-chaired by Madeleine Albright and Hernando De Soto. From 2002 to 2011, he was a Director General and Acting Vice President at the Canadian International Development Agency (CIDA) and then was Program Director for the Caribbean Local Economic Development Program with the Federation of Canadian Municipalities.

He has worked in more than 50 countries and written several books and journal papers. He has been visiting scholar or professor at several universities in North America including Boston University, Harvard, McGill, and Waterloo. Dr. Singh is currently Honorary Visiting Professor in the School of Government and Public Policy at the OP Jindal Global University, Haryana, India, Senior Associate Research Fellow at Middle East Research Institute (Iraq), and LLM thesis supervisor and lecturer, Loyola University of Chicago, Rome Campus.